Is VA going to die out?

another thing to keep into consideration is i know yankees is also hesitant to just hand over the coding information to someone who could potentially destroy the website. so the person who is hired on will need to be very trustworthy since they will have access to the entire interface of virtuadopt.

i also think the money could be raised if need be, since i still see a lot of people on here daily and there is still a dedication from our community (you guys rock;p!!).

as for advertisement... i've advertised va a few places, but stopped because things here have slowed down so i feel the site is less appealing now... not to mention advertising can also cost money but can get more positive results this way, but atm it's not a great option since things are so slow.

i honestly don't know the best way of going about finding a very trustworthy coder. i'm sure we could put up job advertisements at places and offer money for the position. we'd probably get a turnout but remain hesitant about trustworthyness. yankees is the mastermind on this topic though, not me.

At this point, I would prefer a person who knows how to code, even if he/she doesn't know VA very well. Of course a new coder would bring in his own style and maybe some things would change, but personally I'm willing to accept such changes in order to keep the site running.

I also agree that the money could be raised. I'm not against ads on the site (to be true, they didn't bother me that much when we had them) and I really liked the event were you could get the Shiny Kanto birds for clicking a few links on this advertisment site. Premium memberships, donations... there is definitely a way

I wouldn't worry too much about a hired web developer to "destroy" the site. As said, maybe the style will change, but if the developer works together with the community, we can accomplish something

I am dreaming about an easier mass clicking system, nice events, a GTS where you can make "wishlists", quests, interactive "how the site functions" for new members and and and....

I know this site has it's own unique style and I like it because of that. But before the site becomes a ghost town (which will happen sooner or later, maybe not in a month or half a year, but it will happen if it stays like this), I'd prefer a major change.
Want to trade? See my Trade Station or send me a PM.
Top

Yasha, I totally agree with you.

I don't bother too much if we get some ads back. Or if we have an event like the NeoBux thing was, not with winning shineis or promos directly, but it is a way to help the site without donating money directly if you don't have it.
Maybe it's possible to do something like "when we manage to raise XX money, there will a double shiny chance hatch day".

We need a coder since yankees doesn't have the time any more...even if it's a paid one for temporary help that's better than not having one.
Collecting:

I wondered why this site had suddenly became quieter. The last time I was active was about a year ago but I remember how 'active' things were when I joined 5 years ago.
There was events or activities like every month.
Pokemon were uploading into the GTS like every 10 minutes, now it's only seems like a few a day.
The GTS trade forum, actually, the forum in general was also very busy.
There's been no recent artist redraws which is a massive shame since there was only a few left.
I used to be able to hatch dozens of eggs a day in the click exchange, now I have trouble with just 12.
I know it's no-ones fault but it's a massive shame this site is dying out since it was a big part of my teen boredom years

Hopefully we can do something or find a new or co administrator to re light the fire Virtuadopt once had.
Top

Maybe the interest in sun and moon will help a bit

I'm quite new here, but yes, the update screen seems to be slowing. A few more coders will do some good.

Well, VA is not going to die anyway, since there are still lotsa people around there, the same thing as 2 years ago, at least, in the "Official click my Virtuadopts" thread and in the game forum, along with some other posts that require some "longer", "more complete" and "more complex" writing methods.

However, most mods have vanished. I don't see a single colorful name for a while. I'm pretty sure that there are some other moderators around VA, but there aren't too much and they can't take care of the site alone. Probably some other active members should be turned onto moderators, but the problem is that the admins also vanished.
Having no mods = having no promo adoptables, which are some of the principal attraction in this site. With this cyclic absence, it's not strange that some members started to give up on VA.

Also, mostly of the people around there are actually grown-up adults and I believe that they're more worried about getting work and a stable life than wandering around this website.
Nothing that anyone hadn't understood before, I guess. 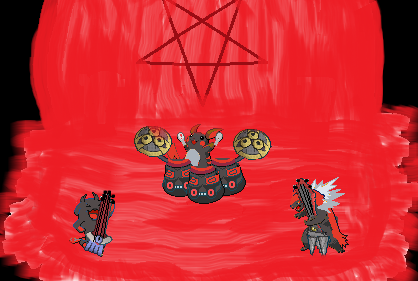 Can anyone tell me how to adopt

Also, mostly of the people around there are actually grown-up adults and I believe that they're more worried about getting work and a stable life than wandering around this website.
Nothing that anyone hadn't understood before, I guess.

Monstrodolago, I think you are right.

Sharing IP every day with my husband derBhaal .

I don't want to see this place die out completely. I will keep telling all my friends and family about this place and try to encourage them to give an effort into adopting, and participating in things here. Even if it doesn't blow up and become Facebook status popular, a good number of frequent regulars among this place would be nice. I'm a newbie here but I really like this place and will keep coming here every day to raise my VAs and play all the games. I know this is irrelevant but I won my first raffle today. Only took $1250 worth of tickets to do so, haha! My phone battery is about to catch fire from all my clicking but these thumbs won't stop, so stay here VA! I will do what I can to pull in more Pokémon lovers.
*~Whether it's physical reality or virtual reality, it matters not. The bond between Pokémon and Trainer is real~* -Mattzpa
Top

hmm... I'll ask old friends from the crater crowd over at pokemon vortex. See if they're interested.
Join Yarolds to raise your eggs fast! Join The mob and be part of an awesome Team ! We can teach you to click 400 links in 10 mins! Pm me to learn how. Only PM me if you aren't already in a dyn.

NOOOOO! i already love Virtuadopts, and i JUST signed up. it saddens me that not many users are interested in this site now. what's even WORSE is my bro can make is own computer games, so he should know about coding, but he hates Pokemon. i MIGHT be able to find someone one another site i go on. no promises though. they coded me a background for my profile.

I hoped that the recent popularity of Pokemon Go would ignite the flame of life into this website. Obviously hadn't done much but still have hope. Pleased to see the redraws and new layout, very nice

I just joined... so it's dying out? I just beat my first Ruins, a Dratini with Unown "D" as a reward. I still haven't hatched anything yet... if I can't hatch anything, I can't do anything.

I don't think VA is going to die out, I think in the future we will get more active people and what not. As someone else has stated, Yankee has been busy with real life things and is seeking another web designer. So once he finds a person or a few who can web design I think that would help people stay more active on here.

I remember using the site religiously 4-5 years ago as a teenager. It's sad to see it dying. As someone pointed out above, the lack of consistent trades on the GTS is concerning. I feel the lack of recent content is just one factor, users growing up and having RL responsibilities is far more relevant.

Thanks for the memories VA, I don't think I'll ever forget this site (Even though I forgot my original account's pass :'))
Top

I was recently accepted to the team and am going to try and work on things in my free time.

There are few ideas floating around in my head, just need to get everything sorted with yankees.

Although not as many are active as in the past, there are still fair few people playing from what I've seen and I believe thing'll get better.

As long as we - the users - don't let it die and show yanks that it's still worth it to hire help for coding, I think VA won't die out. See, we have a new design here, so something is happening already so don't give up hope guys! :'D

I will never leave this site. I love it even when it is not that active anymore ♥