For discussing aspects of Pokemon not related to VA, such as the games, TCG, anime, and manga.
Post Reply
99 posts

Cyrrior wrote: ↑
March 9th, 2019, 10:43 am
@Sayumi:
Everytime I hear from someone that they have skipped a lot of generations I'm actually a bit envious! XD To me the most exciting and interesting things about new generations are always the new pokemon but sadly the last two generation had really few of those. So going straight from gen 1 to gen 8 will give you tons and tons of new pokemon! That's pretty awesome! XD
(And I'm sure you'll be able to get leafeon. I think so far you could get the eeveelutions in almost every main game)

Heh, really? (: well yes I guess, because I don't think the games have changed that much in termes of gameplay, or have they? I mean the basics are the same, you walk around, find wild pokemon, train them, battle random trainers, battle arenas and at the end you have some kind of big league to fight. Or maybe I'm totally wrong with that but yeah...

On the other hand, those won't be all new pokemon in terms of pictures/names because I know "all" of them from here, but they will be new in terms of animations and attacks and everything. :3

That's cool if I can get a Leafeon yayyy :33 Btw - do you guys "keep" the pokémon you have from older game versions or is it always a fresh start with 1 starter? I wondered about that too.
✿ Tradestation ✿
✿ Inoff. Helper: german, french & english ✿

Yeah, you're right about the gameplay staying the same. There are some minor changes here and there (and I think the biggest ones being the introduction of items and abilities in gen 2/3) but overall the gameplay and even to some extent the story have stayed pretty similar.

And usually it's a fresh start for every game. You always start in a small town with a professor giving you a new starter pokemon and so on.
In most games there was a possibility to transfer pokemon from older versions to the newest one (without being able to transfer them back, though) and now they have pokemon bank, which is like an online storage you can up- and download pokemon from for a small yearly fee. I guess they'll have that for Sword/Shield aswell, but I think you're mainly supposed to use the pokemon you find in the game.
(Sadly there is no way to get pokemon from gold/silver/crystal to the newer games (unless you bought it digitaly I think), Otherwise it would be theoretically possible to get your very first pokemon to the newest game

Ah I see... yeah well. I "finished" pokemon let's go eevee today and now there's nothing left but going online to trade for the missing dex-pkmn and then hunt for shinies. But... to what end? *sighs*

Thanks for the answer with the fresh start. (: Well I wouldn't need transfering old pkmn anyways, I don't think I have need of my pkmn in my red & yellow versions xD
✿ Tradestation ✿
✿ Inoff. Helper: german, french & english ✿

Yeah, that's another problem of the pokemon games in general, what to do after completing the main story. Some games had a little bit of activities you could do afterwards but in many you don't have a lot to do.
Personally I'm fine with that, since I always found something to do, like trying to complete the dex, searching for shinies, breeding stuff for the GTS and so on ... but I know a lot of people are hoping that there will be some kind of side quests after the main story in sword/shield.

Well sometimes I used the transfering options to breed a pokemon on an older version and pass it to the new game, because it was incredibly hard to get it otherwise. But for stuff like legendaries or team pokemon I always like to keep them in the game I cought them on XD I don't know why ... it just feels right to me.
And since they made that yearly subscription thing to transfer pokemon I haven't done it at all. I just don't see why I should pay for something like that :/
Clickbox
Top

Mhm.. Well tbh it's like that with a lot of games, that's the main reason I don't play them. I like games that are somewhat neverending, that's why I like WoW so much and why I don't play most console-games. But that's just my problem, I guess most people are fine with buying a game, finishing it and then letting it "sleep" somewhere. But for me that's just irritating, playing something and when it's the end you just put it in a drawer or somewhere just getting dusty.

But I'll make an exception for Pokémon because I like them little critters :3 and it reminds me of being a child, sitting somewhere with my gameboy and battling pokemon so that my butterfree gets strong enough to battle the gym leader. xD

I see. Well yeah for that it makes sense of course. And no I probably wouldn't pay for something like that either. IT's always the same, everyone is just about making money and that sometimes just kills the gamin experience...
✿ Tradestation ✿
✿ Inoff. Helper: german, french & english ✿ 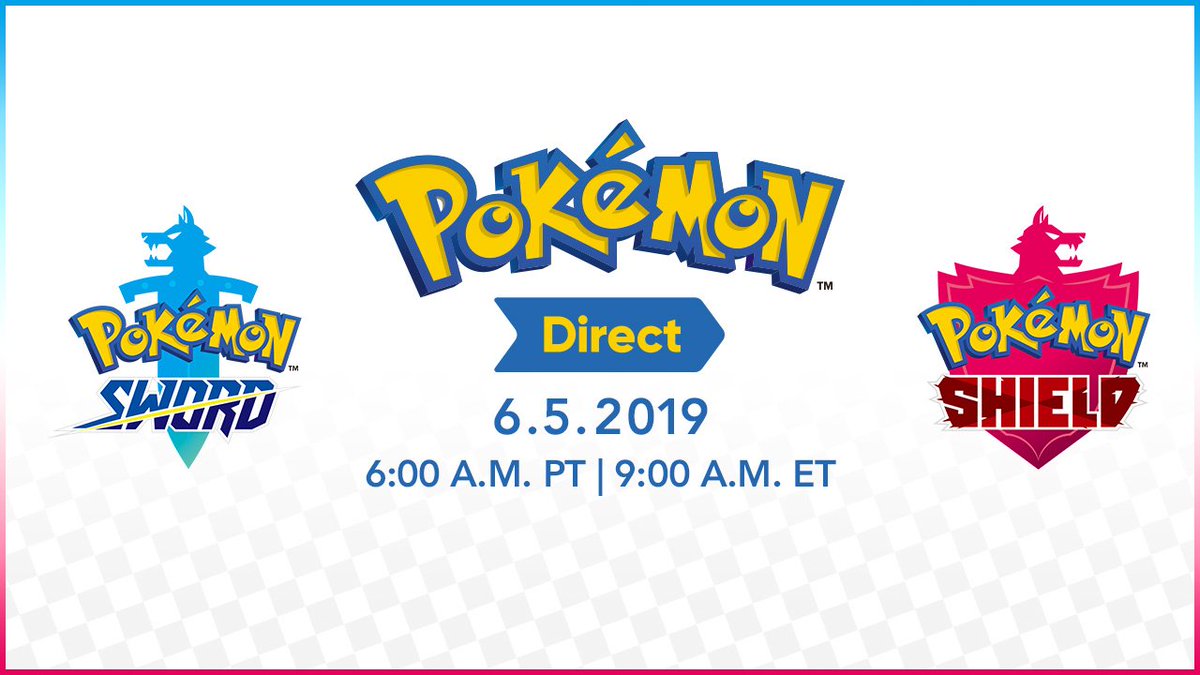 I hope we get some new infos about sword and shield *__* ...even though I want to avoid as many spoilers as possible about the new games... but I'm too curious

Tomorrow there’s also a press conference, so we might get some news on a new game maybe?
Top

Right, I completely forgot about that. *^*

Tomorrow is the Direct; around 15 minutes. What do you think are they showing off? Starter evolutions? The bird/bug Pokémon? Legendary Pokémon? Trainer customization?
Top

my guess are starter evolutions and/or the cover legendaries

Wooloo and Corviknight are the best Pokémon ever. Same with the new legendary Pokémon. I am really looking forward to the games!
Top

So many news in one Direct!

First of all, totally agree with you UkeSora, Wooloo, Drednaw and Corviknight are so damn cool! Hope they will have great evos / pre evos. Especially wait for Corviknight and Drednaw lines. Want them in my team

Dynamax is also not bad, think it'll replace mega evolution and z-moves.
Nice legendaries, I'm fine with it. Among this two I prefer Sword wolf.
Great graphics and overworld view, can't wait to play it!

Added Pictures of new Pokemon to the first post together with new video.

I'm already in love with Wooloo ♥

I hoped for the Starter Evolutions, but at least we saw the Cover Legendaries.

All in all I liked the direct, but every time I see the Galar region my first impression ist that everythings looks a bit ... muddy? Very brownish, a bit blurry textures and so on. The whole thing just doesn't look as colorful and vibrant as past pokemon games did. But maybe I'll get used to that.
The dynamax stuff was a bit weird XD I'm not a big fan of mega evolutions or z-moves, but I don't mind them either, so we'll see how that works in game.
I liked most of the new pokemon that were shown. Wooloo is cool, the plant-thingies are okay too and I really liked Corviknight! It has a nice old school pokemon vibe to it, while still looking fresh and new.
What I didn't like was the legendaries ... I know that a lot of people keep saying that the recent pokemon look like digimon and with these two I really agree. They immediatly reminded me of Gaogamon - but with a lot of armor stuck onto him, like a lot of ultimate digimon have.
They have just too much ... stuff and details on their body for my taste (similar to some mega evolutions I don't like that much) and while I said the overworld is a bit too muddy to me, these two are way too bright and colorful! XD
When I'm thinking of LEGENDARY pokemon I'm thinking of something ancient, that people worshipped thousands of years ago, but with their blue and red and white furr with all that yellow and red armor they just look too modern and a little bit like toys to me. I think if they were, let's say grey and their armor maybe made out of stone, with a little bit of moss here and there, they'd look a lot more ancient to me. They could have based them a bit on old castles or something. And I really don't like the idea that a wolf/dog is running around with a sword in his mouth. That just seems odd. I would have prefered if they turned his tail into something sword-like or something. But a pokemon with a seperate, (human) weapon is ... weird.
Ooh, and the names! These are mascots for a region based on england and they call one of them ... Zamazenta? I think that's the less british name they could have come up with! XD
But enough of the nagging! I have to admit that I like their official artworks a bit more than their look in the trailer.

And finally, what I also liked a lot were the characters! A granny professor is something new (and still pretty fitting), I love the design of her assisstant and that gym leader was pretty unique too! (still not sure why he hasn't a nose, but I liked him anyway. XD) Just the rival looked a little bit dull (would be fun if you could customize the rivals aswell this time! XD)

I just hope they don't show too much until the games are out ... and I really wish they would have told us how many new pokemon there are in total!
Clickbox
Top

We should hold a contest. Guess how many new Pokemon will be added to the game. Closest without going over wins a shiny promo that was never released.

I totally fell for Wooloo <3
Also I like the wild area, the grafics and that cute Rotom-Phone xD
The dynamax and raid stuff is ... well, I guess I can tell that I like it or not when I was able to test it. Atm I am not that amazed by it.
The two legendaries... well I dislike them. They look like gamefreak was out of ideas, sadly. I hoped for some better (I will get sword, even I do dislike the swords legendary more than shields xD)

@yankees: ahaha xD that would be a nice contest. 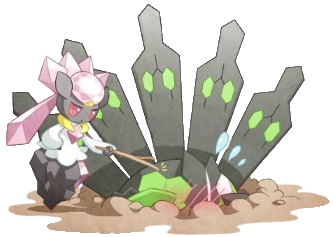 @yankees: That would be a fun contest XD My guess would be 87 new pokemon! (although I'm hoping for more. Something between 130 and 150 would be great).

Oh and something I forgot: I really hope that you'll still be able to trade in the games without having a nintendo online membership. It would be really frustrating if you were forced to pay a monthly fee just for trading :/
Clickbox
Top

My guess are 90 new pokemon... but some more would be great

I guess a total of 93 new Pokemon